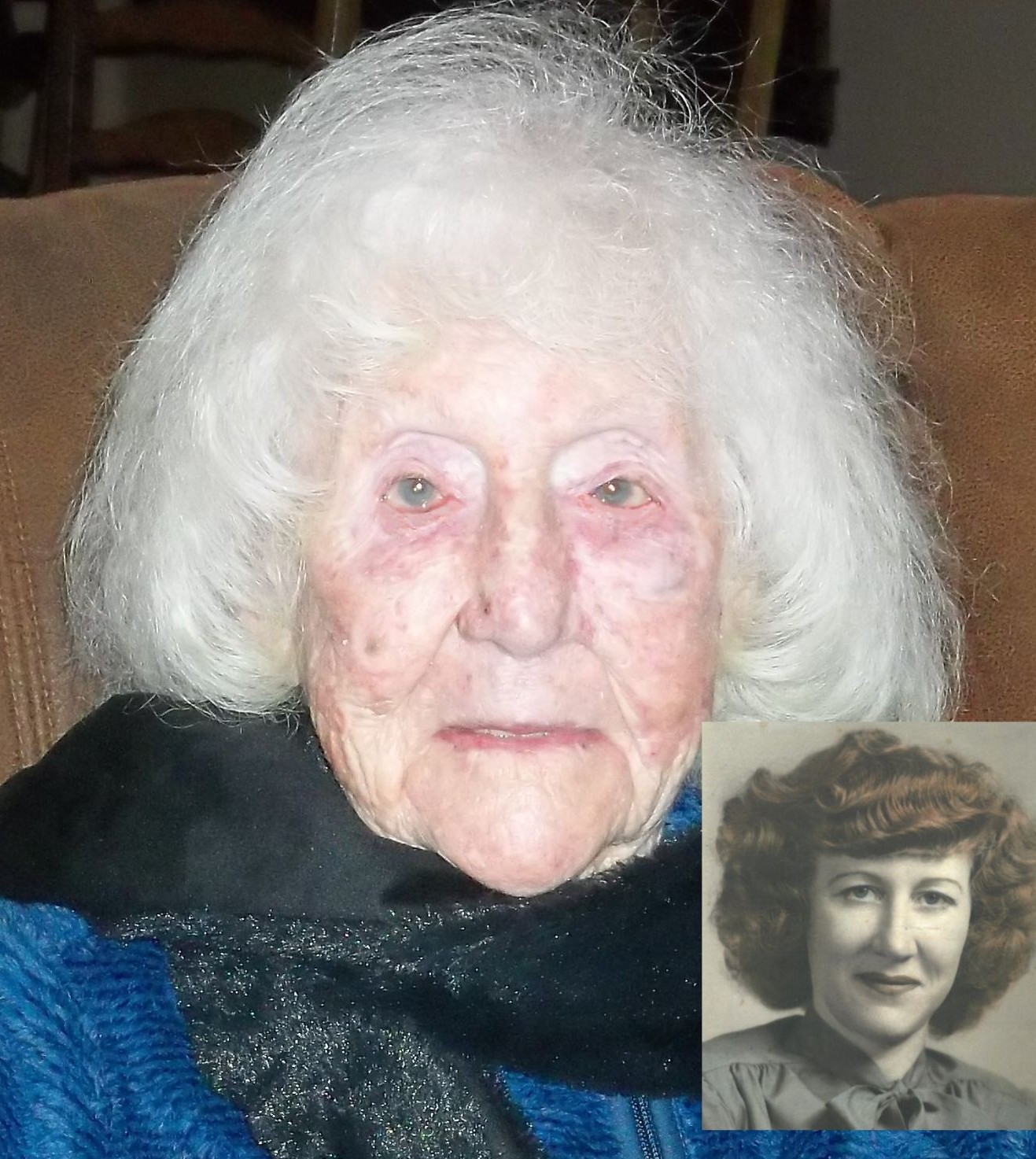 Bernetta Bell Reynolds, age 101, of Vernal, passed away November 2, 2021, at her daughter’s home in Vernal.
She was born April 21, 1920, in Cashion Arizona, to Ephraim and Merinda Keene Baker, the 7th of 8 children. She was known as “Bennie” throughout her life. She was raised in Wickenburgh, Arizona, where she attended a one room school house through grade school and then High School . She was paid 50 cents to get to school early and start a fire in the wood-burning stove. She married David Hancock, and they had one son. David died in 1943.
During World War II, she worked as a civilian packing parachutes for the combat troops. She also worked at the Whipple VA Hospital in Prescott, Arizona. She was an operator and switch board trainer for over 10 years at the Bell Telephone company. She owned two cafes in the 1940's: Dixie Tavern in New Mexico and Busy Bee in Prescott, Arizona.
Bennie married Frank Lamar Reynolds on December 8, 1952, in Las Vegas, Nevada, at the “Hitchin’ Post Wedding Chapel”. They had two girls in Sacramento, California. Frank died February 27, 2017.
They moved to Utah in 1967, where they owned and operated a café/store/gas station at Pelican Lake area known as Hoot’s Place from 1972-1979. They also farmed and ranched their land.
Bennie is survived by a son, Lonnie Hancock (Leslie Anderson), Nevada City, California; a daughter, Dale (Mike) Maguire, Vernal; 8 grandchildren, 9 great-grandchildren, and 9 great-great-grandchildren.
She was preceded in death by her parents; husbands, David Hancock & Frank Reynolds; all of her seven siblings, daughter, Debbie Jarman; son-in-law, Garth Jarman; and a great-grandchild, Garth Ward Jarman, III.
Funeral services will be held on Saturday, November 6, 2021, at 10:00 a.m. at the Hullinger Mortuary. There will be a viewing on Friday from 6-8 p.m. and on Saturday from 9-9:45 a.m. at the Mortuary.
Burial will be in the Avalon Cemetery.
To order memorial trees or send flowers to the family in memory of Bernetta Reynolds, please visit our flower store.