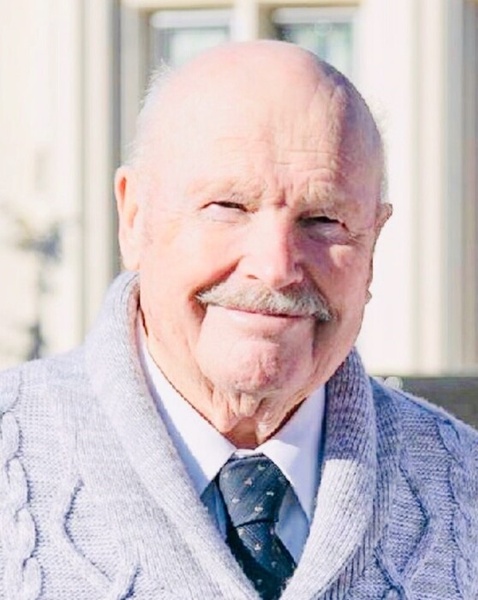 Bernard Anthony “Bernie” Woollard, age 85, passed away Saturday, August 22, 2020 at his home in Tridell Utah surrounded by his loving family.
He was born January 22, 1935 to Newman John and Ivy E Woollard in Eastham, London, England. He lived in England during World War II. When he was 14 years old, the family moved to the United States. They settled in Arvada, Colorado where he graduated High School. He was drafted into the U.S. Army and served 2 years as a mail clerk in Augsburg, Germany, during the Korean War. He was proud to serve his country and there he made lifelong friends. He attended college in Grand Junction, Colorado, and there he met the love of his life, Renita Morris. They married July 8, 1957.
Following graduation from college in Grand Junction, Bernie moved his family to Fort Collins to attend Colorado State University. There he got his teaching degree and went on to teach for 38 years in Oregon and Utah.
Bernie loved teaching and he made learning fun. His motto was “wurk, wurk, wurk,” and he would always challenge his students to try harder. After retirement, he enjoyed traveling with his love, Renita, and going down to the local Lapoint store to talk with his buddies. He also enjoyed his small farm and working in his yard. Bernie loved his family and would talk about all their accomplishments every chance he got. He was a very proud dad and grandfather.
Bernie is survived by his beautiful wife of 62 years, Renita, his children Cathy (Lance) Anderson, Pam (Ron) Wallace, Kevin (Sarah) Woollard, and Colleen (Mike) Warren; 16 grandchildren, and 25, plus 4 on the way, great grandchildren.
He was preceded in death by his parents, John and Ivy Woollard, his brother, Michael Woollard, sister, Pauline Wiesenthal, and great granddaughter, Jestine Wallace.
A viewing will be held August 28, 2020, at the Ron Wallace residence, 8325 E 11000 N, Tridell, UT from 10:00 to 11:30a.m. The funeral will follow at 12:00 p.m. In case of inclement weather, viewing and service will be held at the Tridell Church House.
Burial will be in the Tridell Cemetery with military honors presented.
The family would like to thank Canyon Home Care & Hospice for their exceptional care of Bernie.

To order memorial trees or send flowers to the family in memory of Bernard Anthony Woollard, please visit our flower store.