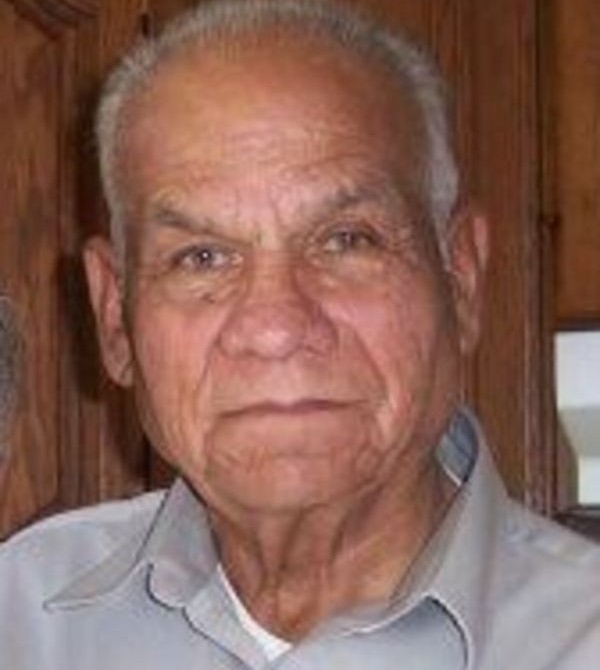 Bernard Lucero, Sr., age 88, of Neola, passed away March 14, 2022, at his home.
He was born July 4, 1933, in Dragon, Utah, to Clarence Alfonzo and Rose Waratza Lucero.  He married Genevieve Pearl Taylor on October 25, 1957, in Ft. Duchesne.  She died March 21, 2012.
Bernard entered the United States Army at age 17, having to get permission from his father to enlist.  He served as a paratrooper for the 187th Airborne during the Korean Conflict, making over 46 jumps.  He received the Purple Heart.  After getting out of the military, he never rode in an airplane again – preferring to ride a bus any time he needed to travel long distances.
Bernard worked as a police officer on various Tribal Reservations, often setting up the initial police stations and serving as the Chief of Police.  He also was an instructor at the Intermountain Federal Police Academy in Brigham City and when his niece completed her police officer training, she had him pin her badge on her at graduation.     He then went to work for Gulf Oil and spent time on the rigs.
He enjoyed hunting, fishing, and being in the mountains, especially at Big Springs.  He took up boxing while in the Army and liked to watch it and UFC.  He is a Northern Ute and Taos Pueblo Indian and was proud of his ancestry.
He loved his family, especially his grandchildren.  His kindness and willingness to help anyone in need will be greatly missed.
Bernard is survived by his children, Rick (Shirley) Lucero, Neola; Bernette Lucero, Roosevelt; Bernard (Chris) Lucero, Jr., Cedarview; Denise Lucero, Neola; Alfonzo Clarence (Janice Morris) Lucero, Myton; Darwin Lucero, Neola; 10 grandchildren, 29 great-grandchildren; siblings, Barbarita Lee, Vernal; Eileen Wissiup, Randlett; Kathy (Pat) Martinez, Salt Lake City, and numerous nieces, nephews, and other relatives.
He was preceded in death by his wife, Genevieve; a son, Charles Lucero; granddaughter, Amber Lucero; brothers, Fred, Pete, Manuel, Juan; sisters, Juanita LaRose, Angelina Lucero, Rose Marie, and an infant sister; and his parents.
Graveside services will be held on Friday, March 18, 2022 at 11:00 a.m. at the Neola Cemetery.  There will be a viewing on Thursday from 6-8 p.m. and on Friday from 10-10:45 a.m. at the Hullinger Mortuary.  Military honors presented by the VFW and the Utah National Honor Guard.

To order memorial trees or send flowers to the family in memory of Bernard Lucero, Sr., please visit our flower store.