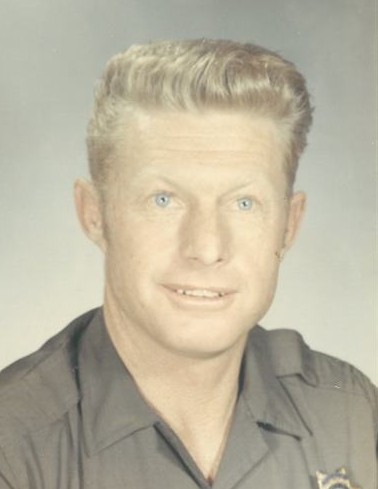 Bernard V. Hadden, 85, of Duchesne, passed away peacefully at his home on Sunday, January 14, 2018 due to causes related to age.
He was born on December 29, 1932, in Duchesne, to William James and Jane Harward Hadden.  After attending school he enlisted in the U.S. Navy and served for two  years during the Korean War. He married Norma Larsen on April 23, 1954 in Duchesne.  She died July 24, 2010.  He married Afton Adams on November 15, 2010.
In his early years, Bernard spent time working on his family farm and as a ranch hand at the Nutter Ranch in Nine Mile Canyon.  He moved his young family to Duchesne and was employed as a Duchesne County Deputy Sheriff.  He enjoyed working there for several years before beginning work for UDOT.  He worked there until he retired.
Bernard enjoyed working in his yard.  After retirement he and Norma spent time relaxing in their yard, putting together puzzles and collecting rocks.  Bernard enjoyed cutting them and polishing them.  No grandchild ever left his home without a rock in his pocket.
He is survived by Afton, of Duchesne; brother, Rex (Jenny), St. George; children, Lynnette (Ted) Kelly, Lehi; Glade (Susan) Hadden, Delta, Colorado; Shauna (Warren) Grant, Lindon;, 12 grandchildren and 11 great grandchildren.
He was preceded in death by his parents, his wife of 56 years, Norma, siblings, Marie (Eddie), Ivan (Freda), Leland (Jean), and Billie (Patti).  He was loved and will be missed.
A viewing will be held on Wednesday, January 17, 2018, at 11:00 a.m., at the Duchesne LDS Stake Center.  There will be presented Military Honors by the Duchesne American Legion.  Following the viewing, he will be taken for cremation.
Condolences may be shared at www.hullingermortuary.com

To order memorial trees or send flowers to the family in memory of Bernard V Hadden, please visit our flower store.