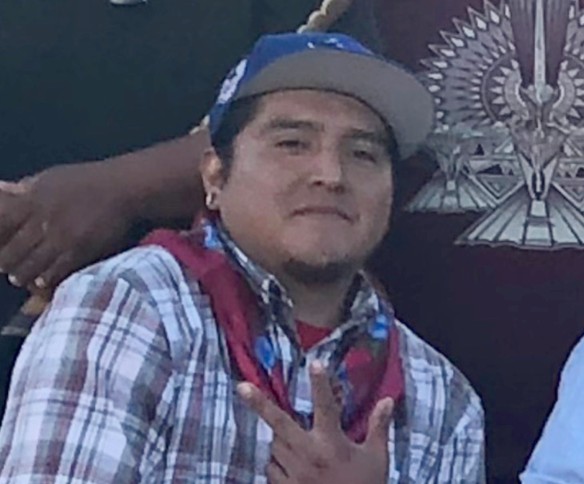 Benny Norman Wero, Jr., age 31, of Randlett, passed away August 30, 2019, in Roosevelt, Utah.
He was born November 10, 1987, in St. George, to Benny Wero, Sr. and Brittani-Anne Jake. He had gone to trade school in carpentry.
Benny was a good, son, brother, and uncle who loved his family - especially his two nephews, one of whom he raised for the first year of his life.  He was kind and respectful to his parents and elders and helped anyone in need.  He took part in the Native American Church, sang with the Wolf Singers and Red Spirit drum groups, sang at Sundances and Bear Dances, and was a Northern Traditional Dancer at Pow Wows.  He was very athletic & smart, and was good at everything.   He enjoyed hunting, fishing, being in the mountains, cabinet building, eating his mom’s cooking, and he put the “Cool” in “Cool!”  He is dearly loved and will be sorely missed.
Benny is survived by his parents, Brittani - Ann Wero, Kaibab, Arizona; Benny Wero, Sr., Randlett; siblings, Briana Wero (Samuel Holyelkface), St. George; Brad Wero (Dan Reitz), Omaha, Nebraska; Brandie Wero (Omalla Hill), Kaibab; nephews, Rex & Weymer and one on the way; aunts and uncles, Geneva Accawanna, Elizabeth Wero-Pete, SueAnn Wero-Drye, Verdell Jake, DeVere Manning, Reffel Kanip, Meredith Kanip, Serenus Kanip, AJ Kanip, and numerous other relatives.
He was preceded in death by his aunts, Rhoda Manning & Norma Wero; grandparents, Vivienne Jake, Norman & Lamelia Wero.
Funeral services will be held on Wednesday, September 4, 2019, at 10:00 a.m. at the Randlett Community Building where a wake will be held on Tuesday after 4:00 p.m.
Burial will be held at the Randlett Cemetery.

To order memorial trees or send flowers to the family in memory of Benny Norman Wero, Jr, please visit our flower store.