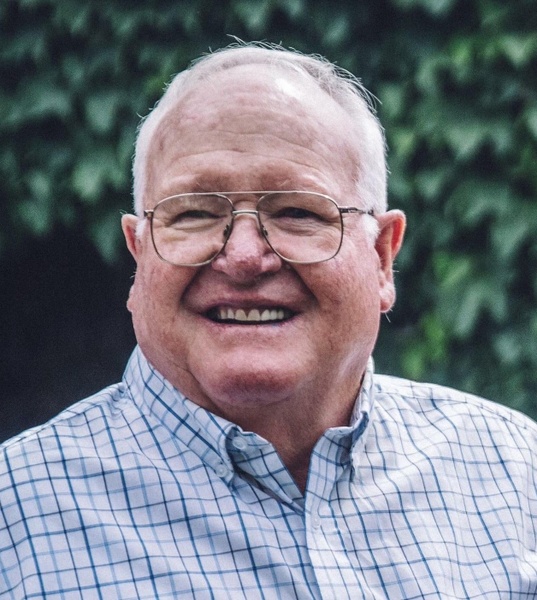 Barry Ellis Burton, age 79 of Talmage, Utah died peacefully at his home on July 19, 2021 surrounded by his family. He met death in the same way in the same way he lived life: on his own terms, with faith, humor, and incredible strength. We will miss him every day. Barry was born on September 25, 1941 to Ellis Burton and Loretta Swasey Burton. He was the second of ten children: David (deceased) (Sandy), Linda Johnson (Kent), RuthAnn Winterton, Jean Thacker (Tom), Nelson (Nancy), Jacklyn Redd (John), Craig (Sheryl). Kevin (Laurie), and Leonora Burton. Barry talked often of the fun he had with his siblings growing up on the farm and the love he had for his big family.

After graduating from Altamont High School, he served a mission for the Church of Jesus Christ of Latter Day Saints in Syracuse, New York. Upon returning from his mission, he attended BYU where he was set up on a blind date with our mother, Joanne. Although they had little in common (she a city girl and he a farm boy), they quickly fell deeply in love and were married in the Salt Lake Temple on September 23, 1964. They were each other’s best friends and remained sweethearts throughout life. Together they had four children: Jay (Tiffany), Stacy Straight (Jeff), Tess Reindhardt, and Amber Thacker (Terry). They have 17 grandchildren and 29 great grandchildren. Barry was so proud of his posterity and often bragged about his wonderful grandchildren and great grandchildren to all who would listen. He played a huge role in so many of their lives.
When Barry and Joanne started their family they lived in Delta, Utah. They returned home to Talmage to buy the family farm when the kids were young and farming was one of Barry’s true loves. He owned a dairy farm as well as ran beef cattle. He was a life-long learner and was constantly reading to improve his herds and his crops. He always found joy in horses. He loved breaking them and riding them. It was rare to see him on a broke horse. He loved the outdoors and often took his kids on camping trips in the high Uintahs. Barry was full of life, determination, and laughter. His booming laugh was infectious. He was a man of unshakeable faith and lived his life loving and living the gospel.
Barry was preceded in death by his parents, his older brother David, and his eternal companion Joanne. We imagine their reunion was joyous when he was finally able to join her. He missed her so very much.
We will honor our father’s wishes of not having a funeral, but a short graveside service will be provided by Hullinger Mortuary on Thursday, July 22 at 10:00 AM at the Talmage Cemetery. All family and friends are welcome.
To order memorial trees or send flowers to the family in memory of Barry Burton, please visit our flower store.