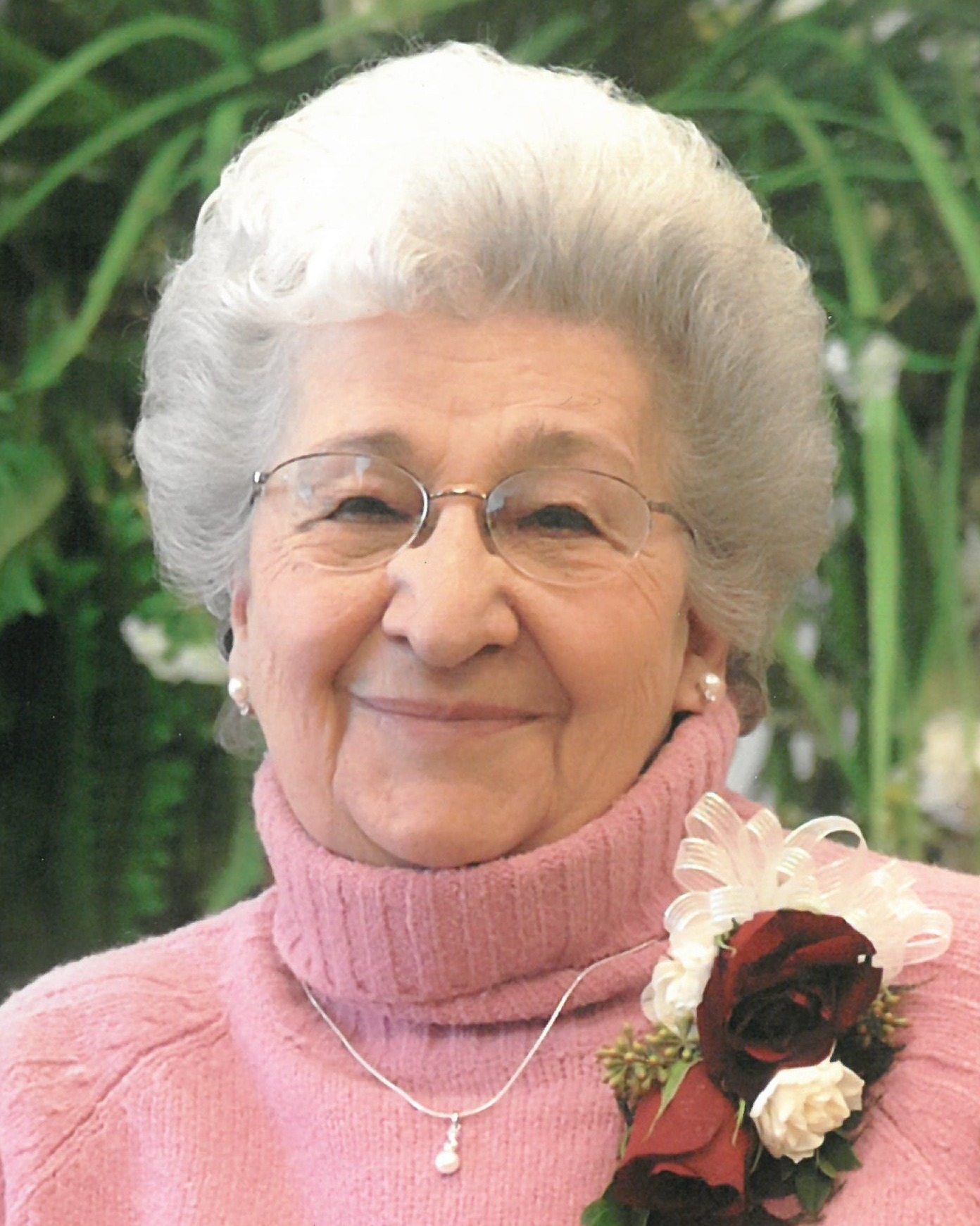 Watch the live stream HERE
Barbara Morrill Scholes, age 95, of Roosevelt, passed away December 29, 2022, at the Uintah Basin Medical Center.
She was born January 2, 1927, to Willard Davis and Margaret Alice Bartlett Morrill at her grandparents’ home in Vernal.  She and her siblings grew up in Tridell.
She married the love of her life, Kent Collins Scholes, on January 16, 1954, in Roosevelt.  They were sealed in the Salt Lake Temple on June 29, 1955.  He died on March 28, 1968, and she is now reunited with him after fifty-five years.
Barbara worked for years as a cook in the Duchesne County school district.  She enjoyed sewing, cooking, and crocheting.  She was such a kind, giving, and caring person who loved everyone unconditionally.  She made hundreds of baby blankets and gave at least one to all of her grandchildren and great grandchildren. There is plenty in the community that our lucky to have received one of the treasured baby blankets from her.  She was famous for her Halloween Popcorn Balls – people would line up just to receive one.  She was adored by her grandchildren because she took the time to listen and converse with each one.  She loved to share stories with them and they loved to listen.
Barbara was active in the Church of Jesus Christ of Latter-day Saints and served in many callings, her favorite being in the Primary.  She served a mission to Little Rock, Arkansas, in the 1990's.  She loved all of her siblings and taking time to visit with each one of them.
She is survived by her children, Gary (Charilyn) Scholes, Roosevelt; Judy ( Rick) Richards, Orem; Brent (Heather) Scholes, Coalville; 9 grandchildren, 14 great-grandchildren, 3 great-great-grandchildren; her sister, Shirley Morrill Huber, Lapoint; and numerous nieces and nephews.
She was preceded in death by her husband, Kent; parents, Davis & Alice Morrill; granddaughter, Cadence Casper; siblings, Freda Simper, Blaine Morrill, & Lyle Morrill.
Funeral services will be held on Wednesday, January 4, 2023, at 11:00 a.m. at the Roosevelt Stake Center, 447 East Lagoon Street.  There will be a viewing that morning at the church from 9:30-10:45 a.m.
We would like to thank the Parkside Manor and The Villa for the years of care, love and friendship  they showed to our mother.
Burial will be in the Roosevelt Memorial Park.

To order memorial trees or send flowers to the family in memory of Barbara Morrill Scholes, please visit our flower store.