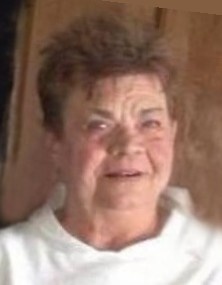 Barbara Marlene Price, age 75, of Roosevelt, passed away June 1, 2019, in Vernal at her daughter’s home after a battle with cancer.
She was born November 16, 1943, in Salt Lake City, Utah to Eldon Revelle Winfree and Dorothy Mae Williamson.  She married Phil Thompson, and he passed away May 16, 1985.  She married Ronald Price on September 19, 1986, at the Constitution Park in Roosevelt.
Barbara was known to everyone as “the dog catcher” because she was the animal control officer in Roosevelt for over 30 years.  She loved animals and had several pets throughout her life.   She was a fun and amazing woman with a good attitude who was friendly to everyone.  She and her husband liked to travel to Wendover.  She adored her children and grandchildren.  She raised foster kids through the years, raising 3 to adulthood.
Barbara is survived by her husband, Ron, of Roosevelt; daughters, Dee Dee (Al) Luther, Bakersfield, California; Connie Warren, Salt Lake City; Heidi (Jose) Morales, Elko, Nevada; Allyson (Gary) Godfrey, Vernal; Jody (Hugo) Alania, Vernal; 13 grandchildren and 24 great-grandchildren; a sister, Carla Theisen, Roy; and numerous nieces and nephews.
She was preceded in death by her parents, a sister, Juanita French, and a brother, Lawrence “Sonny” Turner.
Funeral services will be held on Tuesday, June 4, 2019, at 1:00 p.m. at the Hullinger Mortuary with a viewing from 11:30 a.m. to 12:45 p.m.  Cremation will follow the services and the remains will be interred at a later date in the Roosevelt Memorial Park.

To order memorial trees or send flowers to the family in memory of Barbara Marlene Price, please visit our flower store.