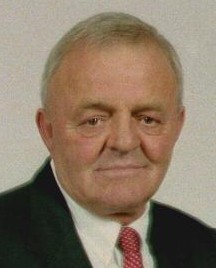 Joseph Arthur McKee, age 71, of Roosevelt peacefully passed away February 6, 2018.
Art, as he was known by all that knew and loved him, was born in Roosevelt, Utah Aug. 2, 1946 to Reed Harvey and Thelma Mae Wooley McKee.  As a boy, his siblings called him "Fafa" a nickname that stuck with the family members. He grew up in the small community of Tridell, Ut where he developed his extraordinary work ethic while working hard on the family farm.  He married Sandra Huber on March 18, 1967 in LaPoint, Utah. Together they raised three daughters.  Art and Sandra lived in various communities in the Uintah Basin during their near 51 years of marriage, including LaPoint, Maeser, and Roosevelt.
After graduating from Union High School in 1964 he attended Dixie State College in St. George, Utah, then returned to work on the family farm. However, he has always been a "Jack of all Trades."  In 1969, Art went to work in the oil field with Schlumberger Oil Services for the next 4 years.  In 1973 he returned to the farm to work with his brothers until 1986. He then went to work in south-west Nevada managing an experimental gold mining venture for a New York company until he returned to the Uintah Basin and became a licensed insurance agent in 1988.  Art remained in the insurance business until his retirement in January 2014.  Each summer he became the most popular guy among Basin farmer's as he was one of few that could fix air conditioners in their tractors.
Community Service has always been a part of his life. Art was instrumental in bringing culinary water to LaPoint and Tridell.  He served at Moon Lake Electric on the Board of Directors.  When the snow fell, Art was out voluntarily with his snow plow in LaPoint clearing the streets and driveways, not because it was expected of him, but because he knew it needed to be done.   Art was fascinated with foreign lands, and had a thirst for traveling and learning about people and customs of the world. During his life, he traveled to lands near and far, visiting all 50 states and many of them multiple times.  Arthur and Sandra visited every continent of the world seeing the sights of many countries too numerous to list.
Throughout his life he enjoyed many hobbies and past times such as fishing, golfing, riding four wheelers with his family, reading travel magazines, reading the news from around the world, and visiting friends at the coffee shop, especially accompanied by his friend Gary Sutton.  Art loved to share his home with friends and family hosting holiday picnics standing at the bar-b-que grill ensuring everyone enjoyed the food. He spent many Saturdays at the livestock sale barn in Ballard and supported the Jr. livestock shows. Art never knew a stranger, striking up a conversation with anyone willing (or sometimes even the unwilling). He had a sharp-witted humor that kept people laughing in almost every situation.
Art is survived by his wife, Sandra of Roosevelt; daughters, Tonya McKee Finlay (former son-in-law John Finlay), Arlington, Virginia; Deanie (Glenn) Robertson, Suffolk, VA; Jill (Billy) Hartman, Roosevelt; 21 grandchildren, 8 great-grandchildren (with one on the way); father-in-law Macks Murray; brothers and sisters Gaylon (Eva Dean) McKee; Betty (Francis) Bowden; LaDawna (Gerry) Bowden; Glenn (Donna) McKee; Arlo (Ruth Ann) Mckee; Edna (David) Wallace; Terry (Cay) McKee; Rita (Larry) Labrum; Len (Day) McKee; JoLeen (Mike) Cozart; Rex (Joanne) McKee; Shayne (Bonnie) McKee; sisters and brothers-in-law NaDean (Woody) Olsen; Steve (Pat) Huber; Patti (Brad) Hancock; Duane (Glenda) Huber; Rick Huber; Merradee (Brian) Alexander; Leslie (Matthew) Arias; and  numerous nieces and nephews who he loved like his own children; cousins; aunts and uncles; and special friends; Gary and Pat Sutton; John Gardner; Craig and Liz Timothy; and many others.
Art was preceded in death by his parents; brothers, David and Larry Dean McKee; mother-in-law Jerry Murray; and father-in-law Dean Huber.
Funeral services will be held on Monday, February 12, 2018 at 11:00 a.m. at the Roosevelt 11th  Ward LDS Chapel.  A viewing will be held at the Hullinger Mortuary from 5-7 p.m. Sunday evening February 11, 2018 and from 9:30-10:45 a.m. at the chapel prior to the funeral service.
Burial will be in the Tridell Cemetery.

To order memorial trees or send flowers to the family in memory of Arthur McKee, please visit our flower store.