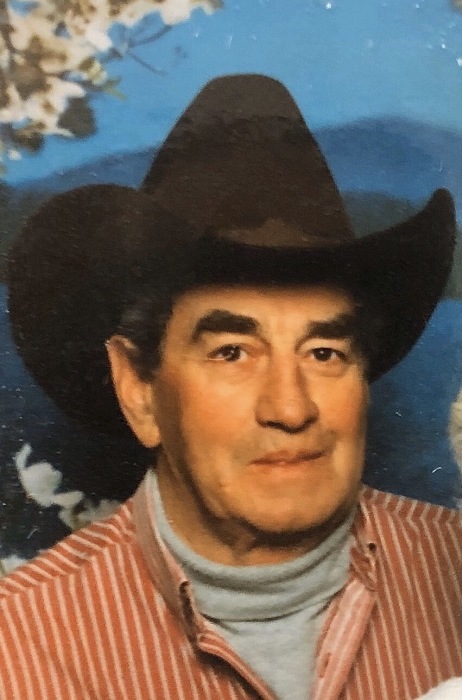 Arlys Iorg, age 86, of Hanna, passed away January 2, 2020, at his home from a sudden heart attack.
He was born August 12, 1933, in Ft. Duchesne, to Ross Loren and Lorena Minnie Denver Iorg.  He married Clora Hackford and they later divorced.  He married Beth Giles on March 14, 1959, in Hanna.  They were married for almost 61 years.
Arlys worked as a machinist for many years at Boyle Brother’s and also Christensen’s manufacturing parts.  He was a people person and made friends everywhere he went.  He enjoyed fishing, hunting, being in the mountains, camping in the High Uintahs, playing sports, and bowling – once scoring a perfect 300!  He was an avid horseman and had competed in rodeos and was part of a riding club. He had been a Sundancer.
Arlys was the center of his family and he loved being with them, especially during the Holidays.
He is survived by his wife, Beth, of Hanna; children, Arlissa (Mark) Pope, Lapoint; Carlos (Tina) Iorg, Hanna; Arlo (Sonja) Iorg, Roosevelt; Julia (Wes) Wood, South Dakota; Justin Iorg, Heber City; Shawn Iorg, Hanna; 15 grandchildren, 28 great-grandchildren, 3 great-great-grandchildren; a sister, Pala (Steve) Nelson, Roosevelt; a cousin who was like a brother, Smiley (Margo) Denver, Roosevelt; and numerous nieces nephews and other relatives.
He was preceded in death by his parents, Ross & Lorena; brothers, Rossie, Elmer, Alan, & Bruce; granddaughter, Marquita; and a grandson, Boone Iorg.
Per his wishes he was cremated.

To order memorial trees or send flowers to the family in memory of Arlys Iorg, please visit our flower store.