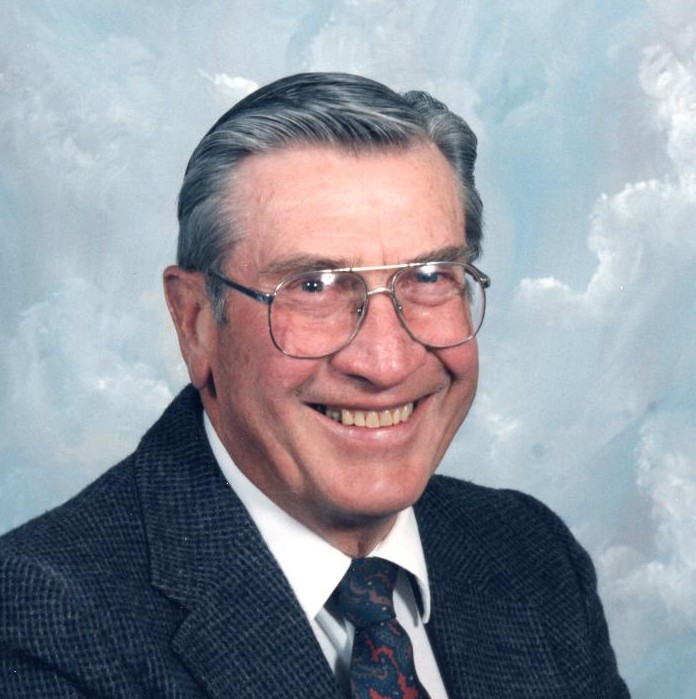 Ardean William Bench, 89, of Centerfield, Utah, passed away February 14, 2018 in Gunnison, a few days shy of his 90th birthday. He was born February 19, 1928 at home in Salina, to Samuel Exile and Lenora June Breinholt Bench.

Beginning his schooling at Salina Elementary, Ardean then moved west to North Sevier High School, then earned his Bachelors Degree in Biology at Rick’s College. He served in the Northern States Mission (Chicago, Illinois) in 1947.

Ardean married Rhoda Laura Moulton on November 3, 1950. After some time their children came: Douglas William (Danette) Bench, Kathleen (Allan) Jemmett, Val Denton (Bobbi) Bench and Laurel Marie (Steve) Tutty. He has lived and served in many areas of Utah and south-eastern Idaho. He was a seminary teacher and principal for 35 years, but also provided for his family by working for the Forest Service, being a farmer/rancher and ended his employment years by being a safety inspector of seminary and institute buildings for the LDS Church. Upon his retirement, he was given a statue of a teacher leading some students with the inscription of "Thanks for a lifetime of dedicated service from the Church Educational System, from 1955-1990." He and Rhoda served a full-time LDS Mission in Busby, Montana with the native Americans.

Rhoda passed away in 2004. Ardean then married Lexie Randa Porter Wells on November 20, 2004. He became the step-father of Coralie (Jose) Rodriguez, Randi (David) Fielding, Rob (Abigail) Wells, Bill (Rebecca) Wells, Dan (Sharla) Wells, Lexie (Michael) Ross. They lived in Rigby, Idaho, for a time, then moved to Centerfield, which was just over a few miles from where he was born and raised. They served a full-time mission at the Gunnison Correctional Facility.

He is survived by his children; 25 grandchildren and 31 step-grandchildren; brother, Keith (ReNee) Bench and sister-in-law, Joan Spivey.

Funeral services will be held Tuesday, February 20, 2018 at 11:00 a.m. in the Centerfield Ward Chapel. Friends may call at the ward chapel in Centerfield Monday evening from 6-8 p.m. and Tuesday morning from 9:30 - 10:30 a.m. Burial will be in the Salina Eastside Cemetery. Funeral Directors: Magleby Mortuary, Richfield, Salina and Manti. Online guestbook at www.maglebymortuary.com

To order memorial trees or send flowers to the family in memory of Ardean William Bench, please visit our flower store.