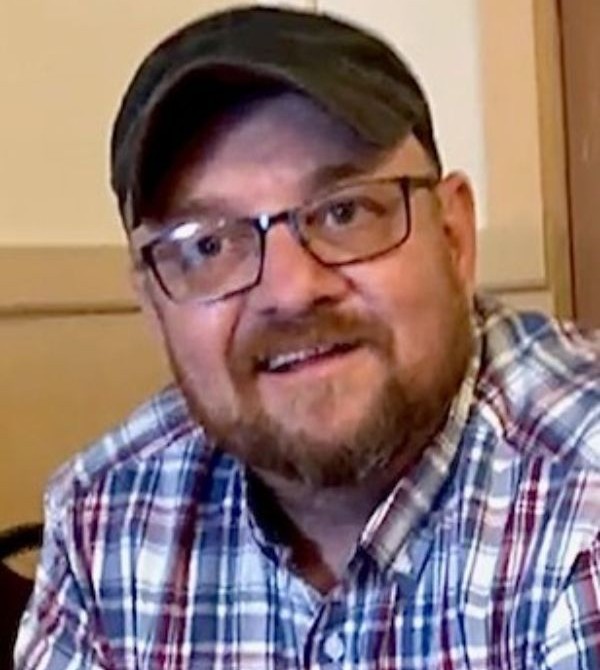 Our hearts are broken over the passing of our loving husband, father, grandfather, brother, uncle, and friend, Anthony Ray Carlson, age 47 of Roosevelt, Utah, who passed away on October 25, 2021 in Provo, Utah of complications from bacterial pneumonia. He was surrounded by his wife and children.
Anthony was born in Brigham City, Utah to Nels Earl Carlson and Lanette Perry Carlson on February 4, 1974. He attended high school at Union High in Roosevelt but finished and graduated from Box Elder High in Brigham City, Utah in May 1992. He married Tiffany Florence Fenn on October 21, 1995 in Salt Lake City, Utah. Three years later the marriage was solemnized in the Mt Timpanogos Temple of the Church of Jesus Christ of Latter-day Saints on October 21, 1998.
He attended and graduated from the police academy in September 2004. Anthony loved working with his hands. For a job to support his family he owned his own painting business, worked side by side with his brothers in construction and later worked in the oil field, and then back to painting and wood working. Anthony was a frugal saver and a do it yourselfer. He tackled many home improvement projects and helped cousins and siblings with their DIY ventures. He had a creative side as well and enjoyed building furniture, large Star Wars Lego sets, and was a talented artist. He still had many stories he never had the chance to tell. Anthony had a love for cars and motorcycles. He enjoyed hopping on his Indian Motorcycle and taking rides around the area. He also loved the outdoors and spent many hours hunting and fishing with family. His grandson, Emmett was his best buddy, they were inseparable, and always played Minecraft, took naps, and snacked together. Anthony had a great sense of humor and was always a tease. His sneaky little laugh could get anyone smiling. Over the years he served in various church callings.
He is survived by his wife of 26 years, Tiffany; children, Jordan Carlson (Ricky Back), of Roosevelt; Erin Carlson (Nicona Headman), Payson; Adrian Carlson, Salt Lake City; Emily Carlson (Wyatt Widner), Allie Carlson, both of Roosevelt; grandchildren, Emmett & Bridger Back; siblings, Shannon (Susan) Carlson, Sandy; Nicole (Jon) Graf, St. George; Micah Carlson, St. George; Jared (Carrie) Carlson, Roosevelt; Katrina (Mike) Gurr, Roosevelt; Gregg (Cassi) Carlson, Vernal; Trevor (Aimee) Carlson, St. George; numerous nieces, nephews, aunts, uncles, and cousins who loved him, and his cats, “Mow” & “Po”.
He was preceded in death by his son, Camron James Carlson; his parents, Nels & Lanette; grandparents Thure and Lillian Carlson, Leland and Velma Perry.
Funeral services will be held on Monday, November 1, 2021, at 11:00 a.m. at the Roosevelt Central Park Ward (formerly the 1st & 4th Ward) Chapel of the Church of Jesus Christ of Latter-day Saints. There will be a viewing on Sunday from 5-7 p.m. at the Hullinger Mortuary and on Monday from 9:30-10:45 a.m. at the church.
Burial will be in the Lapoint Cemetery.
The family wishes to acknowledge with grateful appreciation all the thoughtfulness and kind expressions of sympathy at this time of sorrow.

Donations can be made to help with funeral expenses at the Hullinger Mortuary directly or at his GoFundMe account at https://gofund.me/e126bc89

To order memorial trees or send flowers to the family in memory of Anthony Carlson, please visit our flower store.