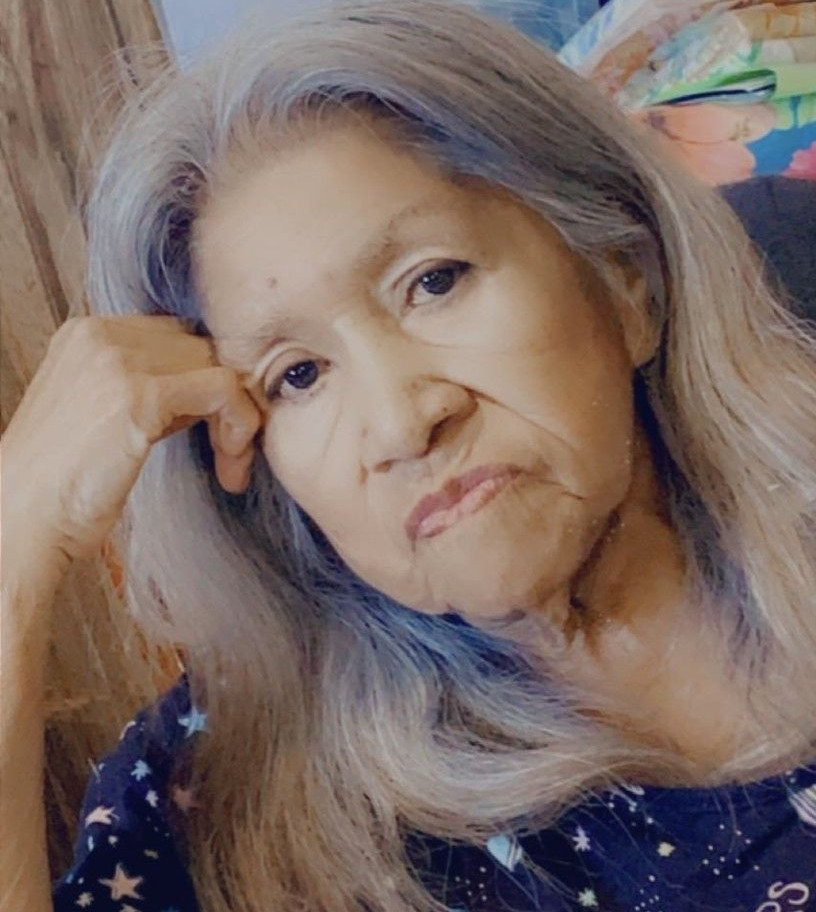 Annette Jenkins Pusher, age 80, of Randlett, passed away August 22, 2021, at her home.
She was born June 19, 1941, in Ft. Duchesne, to Milton and Zoe Tabbee Jenkins. She married Edward “Ed” Pusher on December 1, 1976, in Vernal.
Annette had a fondness for gambling and in her younger days she liked to hunt and fish. She attended a Leadership School with Utah State University in 1960. She organized many basketball tournaments for her family. Her greatest joy were children and she watched and raised many kids that were not her own by birth, but became her own. She adored her grandchildren.
Annette is survived by her husband, Ed, of Ft. Duchesne; children, Doyle Cesspooch, Randlett; Doylene Cesspooch, Roosevelt; Paula Black, Neola; Helen (Hugo) Solorozano, Randlett; Dino Cesspooch, Emmett (Melissa) Cesspooch, Kate Cesspooch, Shauna (Miguel) Gutierrez, all of Ft. Duchesne; Ann Cesspooch, Roosevelt; 22 grandchildren, 30 great-grandchildren; a sister, Johanna Jenkins, Ft. Duchesne; numerous nieces, nephews, aunts, uncles, and cousins.
She was preceded in death by her parents; and brothers, Arnold, Ronald, Bud Jenkins, and Danny Myore.
Funeral services will be held on Thursday, August 26, 2021, at 10:00 a.m. Randlett Community Building. She will be taken to her home in Randlett on Wednesday at 3:00 p.m. for a wake.
Burial will be in the Ouray-Tabbee Cemetery.

To order memorial trees or send flowers to the family in memory of Annette Jenkins Pusher, please visit our flower store.