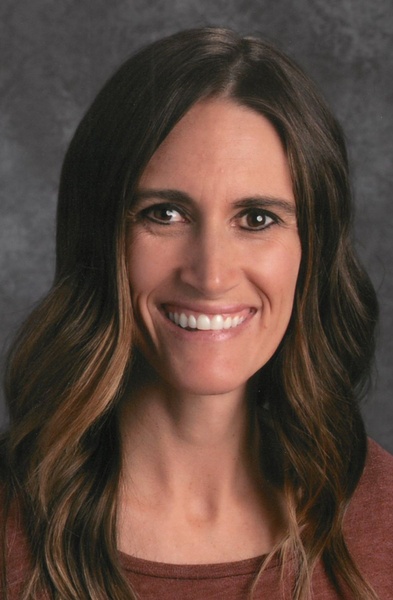 For those who cannot attend in person, the funeral will be live streamed here.

Angela Dawn “Angie” (Fieldsted) Earl, age 43, passed away on June 25, 2021 after a 4 year battle with cancer. She fought with tremendous valiance, grace, courage and strength.
She was born July 30, 1977, in Provo, Utah, the first child and only daughter born to Brent and Marsha Cramer Fieldsted. She was a second mother to her three wild little brothers, Eric, Jesse and Rhett Fieldsted.
Angie and her parents moved to Roosevelt, Utah in August of 1978 where she spent her childhood years until graduating from Union High School in 1995. She was active on the school drill team and excelled in her school work. During high school, she worked as a lifeguard at the city pool during summer months and for Morningstar Transportation as a secretary during the school year. After graduation, she attended Utah Valley State College as well as Carson Wagonlit Travel School where she earned a certificate as a travel agent. In the spring of 1997, she moved to Mesa Arizona where she worked as a travel agent for General Electric Corporate travel until she moved back to Utah the summer of 1998.
During her sophomore year in high school, Angie met and began dating the love of her life, Lane Earl. After Lane returned from a mission for the Church of Jesus Christ of Latter-day Saints, they were married for eternity in the Salt Lake Temple Jan 2, 1999. After marriage, they resided in Cedar City where Angie was employed as a travel agent at Morris Murdock Travel and Lane attended Southern Utah University. In 2004, they moved back home to Roosevelt where they have resided until the time of her death. Together Angie and Lane brought 4 beautiful children into the world, whom they love with all of their hearts, Abbie Alexis, Allie Lorraine, Bo Dalan and Zack Lane.
Angie’s biggest passion was her family. She was their biggest fan. She loved supporting them in whatever they were involved in whether it be sports, school activities, or pageants. Even as she went through difficult cancer treatments, she attended every event she was physically able to attend to cheer them on.
Angie loved to dance, she loved sports, she loved being a homemaker and she loved to travel, especially with her family. She loved seeing new places and having new adventures and experiencing different cultures around the country and the world. Angie was a beautiful person in every way. She was sensitive to the needs of others and always doing thoughtful things for others, even as she was suffering herself. She was a loyal friend to so many and treasured her friendships to the end.
Angie was a faithful member of the Church of Jesus Christ of Latter-day Saints and she loved the Gospel. She felt blessed to have the opportunity to teach Gospel Doctrine as it helped her to learn more about her Savior. She loved the temple and she loved her callings with the children and youth. She was a special influence for good as she served them.
Angie is survived by her sweetheart of 22 years, Lane Earl; 4 children Abbie (Parker) Larsen, Saratoga Springs, Utah; Allie, Bo, and Zack Earl; parents, Brent and Marsha Fieldsted, all of Roosevelt; brothers, Eric (Heidi) Fieldsted, Cedar City; Jesse (Hailey) Fieldsted, Roosevelt; Rhett (Jamie) Fieldsted, Grants Pass, Oregon; parents-in-law, Grant and Wendy Earl, Roosevelt; sisters-in-law, Jenell (Brett) Rasmussen, Neola; Robyn (Kimball) Stewart, Murray; brother-in-law, Stephen Earl, Orem, and many nieces and nephews.
She was preceded in death by sister-in-law, Alexis Earl and brother-in-law Dalan Earl.
Funeral services will be held on Thursday, July 1, 2021, at 11:00 a.m. at the Roosevelt West Stake Center. For those who cannot attend in person, the funeral will be live streamed here. There will be a viewing on Wednesday at the Hullinger Mortuary from 6-8 p.m. and on Thursday from 9-10:45 a.m. at the church.

Burial will be in the Roosevelt Memorial Park.
The family wishes to thank all of the many ‘Angie’s Angels’ who have given so many acts of love and service throughout her illness. Also the many doctors and nurses, home health and hospice workers both locally and at the Huntsman Cancer center, who cared so kindly for her.
The Angie’s Angels Scholarship Fund will be available for donations. This scholarship will be awarded to recipients who have exhibited similar qualities of kindness, giving and service which Angie possessed. https://gofund.me/bf86a318

To order memorial trees or send flowers to the family in memory of Angie Earl, please visit our flower store.