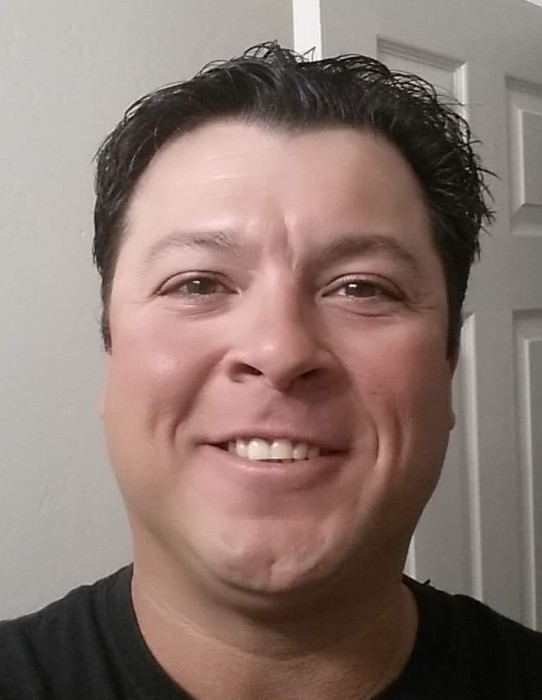 Andrew John “Andy” Romero, age 40, of Roosevelt, died from injuries sustained in an industrial accident on October 9, 2018, in Hancock Cove.
He was born September 19, 1978, in Pamona, California to Raymond Theodore and Marilyn Jean Rosbaugh Romero.
Andy worked as a derrick hand and relief operator for Stone Well Services.  He was a very funny and goofy guy who loved to make people smile, and always put others before himself.  He would not allow anyone to say unkind things about, or to, others while he was around.  He was an avid football fan, his favorite team being the San Francisco 49ers; he  enjoyed listening to music and going to concerts; and was a thrill ride junky – love the adrenalin!
His family was the most important thing to him and he loved going to concerts, football games, or whatever especially if his family was with him.  He was his mother’s buddy, Andy “Panda” Bear.
Andy is survived by his children, Serenity, of Vernal; Kayden, of Myton; parents, Marilyn Russell (Thomas Jenks), David (Cindy) Moore, both of Roosevelt; grandparents, Audrey (George) Zeranko, South Carolina; Lupe (Joe) Romero, Benny (Lucy) Romero, both of Santa Fe, New Mexico; brothers and sister, Benny Romero, Reno, Nevada; Samantha (Cody) Young, Zachary Moore, both of Roosevelt, and numerous nieces and nephews.
He was preceded in death by an infant son, Bryson Raymond Romero; grandfather, Donald Rosbaugh; and a sister, Tamara Moore.
Funeral services will be held on Friday, October 19, 2018, at 11:00 a.m. at the Hullinger Mortuary where a viewing will be held on Thursday from 6-8 p.m. and on Friday from 10-10:45 a.m.
Burial will be in the Roosevelt Memorial Park.  Condolences may be shared at www.hullingermortuary.com

To order memorial trees or send flowers to the family in memory of Andrew John "Andy" Romero, please visit our flower store.