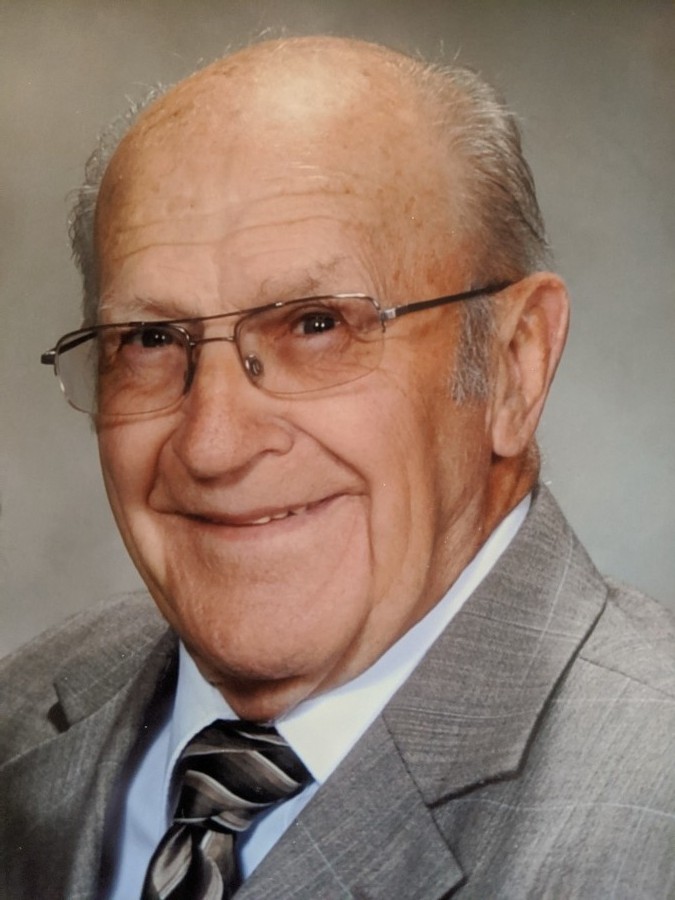 Alvin Odell Funk, age 85, passed peacefully to the other side of the veil on March 27, 2020 at his home in Ballard, Utah, surrounded by his loving family. With the exception of a multi-year bout with dementia, he had enjoyed perfect health until two weeks ago when, following a fall, he quickly declined.
Al was born November 30, 1934, in Sterling, Utah to Hillard Nielson and Almeda Christensen Funk. He was the third of five children, known best by his parents as “Odell” and favored among his siblings as simply “Pud.” A rambunctious lad, he excelled in school and social activities, worked hard on his family’s property, always had a job of some sort and particularly enjoyed swimming in Palisade Lake. Al graduated from Manti High School, Class of ’53.
Alvin first married Norma Jean Sorenson of Gunnison, Utah. Shortly after their divorce, he was drafted into the U.S. Army from 1957 – 59, stationed at Fort Sheridan, Illinois. He then married Ramona Wave Berry of Black River, Wisconsin. Following their divorce, he eventually met Arlene Rockwood of Roosevelt, Utah. They eloped and married on September 10, 1966, in Henderson, Nevada. Six years later, their union was solemnized on March 31, 1972, in the Salt Lake Temple.
Working hard with Arlene to raise a mixed family of six children, they owned and operated the Polar King and later the Cow Palace restaurants. Simultaneously, Al drove school bus twice a day for nearly 30 years. Later in his career, he operated the Bright Eyes Day Care Center with Arlene and daughters.
Al was truly a people-person. As they say, he never met a stranger in his life. He had a great sense of humor and an endless array of jokes. He was comfortable amid all groups of people.
An avid equestrian, Al enjoyed yearly horse-packing trips with his boys to the High Uinta Mountains. He also raced horses, both chariot and flat-saddle; his “Clover Club” friends were often the top team to be beat.
An active member of The Church of Jesus Christ of Latter Day Saints, the highlight of Al’s life was when he and Arlene served twice as full time missionaries in historic Nauvoo. Al served both times as a teamster and as “Jed” to “Annie” (Arlene) in the Rendezvous stage play love story. Additionally, with his sweetheart, he served collectively for 11 years as an ordinance worker in the Vernal temple.
Alvin is survived by his wife of 53 years, Arlene, of Ballard; children, Gordon Kay (Shawna) Funk, Shanna Lee (Wendell) Roberts, Jeralene (Kelly) Young, Glen (Brenda) Funk, Chad (Julie) Funk, Brad (Shiloh) Funk; 31 grandchildren, 23 great-grandchildren; sisters Ora Mae (Perry) Bjerregaard and Evelyn Lloyd, both of Sandy; and numerous nieces and nephews.
Al was preceded in death by his son, Shane Lyn Funk; a granddaughter, Christy Lyn Funk; a great-granddaughter, Arianna Gil; a sister, Merlene Peterson, a brother, Hillard Jay Funk; and, yes, his favorite horse, “Grey.”
Due to the current pandemic, a viewing will be held for immediate family only. A public funeral will not be offered but instead, the services will be webcast live at 12:00 Noon on Thursday, April 2, 2020. Additionally, following the funeral webcast, the family would be pleased to have the public and friends pay their respects to Al at 1:00 p.m. by lining State Street (exercising proper social distancing) while the horse-drawn hearse proceeds to the Roosevelt Memorial Cemetery Park. The grave dedicatory service following is also reserved for immediate family.
The webcast of the service can be viewed below the Tribute Slideshow.  Simply click here (be sure to unmute the sound on the live-stream player)

To order memorial trees or send flowers to the family in memory of Alvin Odell "Al" Funk, please visit our flower store.