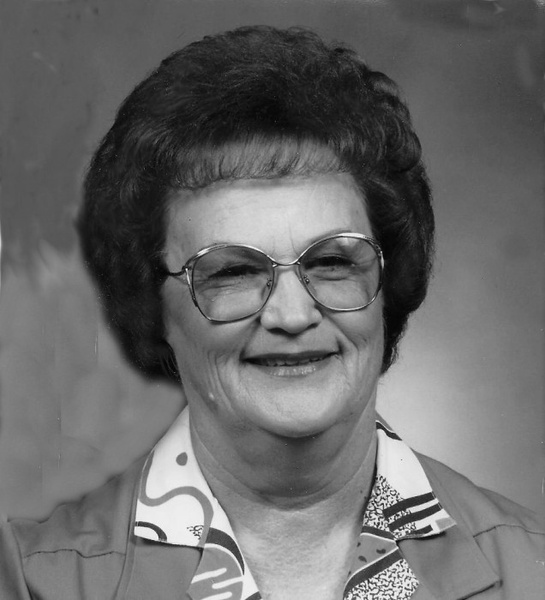 Alice Todd Olsen, age 89, of Roosevelt, returned to her Father in Heaven to be greeted by previously deceased members of her family on Saturday, December 8, 2018, at the Senior Villa in Roosevelt.
Alice was born June 22, 1929 in Cedarview, to Thomas Richardson and Cora Powell Todd. She was the 10th of 13 children. She lived in Cedarview as a young child. Later the family moved to Ballard and then Roosevelt. She graduated from Roosevelt High School and then married Evan LaDell Olsen, her high school sweetheart, on June 11, 1947, in the Salt Lake Temple. They lived in the Ballard and Roosevelt area until they moved to Neola in 1953. They moved to Roosevelt in 2009, where they spent the remainder of their years. He died August 27, 2015.
Alice was a wonderful daughter, sister, wife, mother and grandmother. She loved music and played the piano and accordion. She made many quilts for weddings and graduations. She loved bowling with Evan in a senior league, traveling across the USA and even to Australia and New Zealand.
Alice worked as a Neola school lunch cook, Neola Water District Secretary, and beside Evan through farm work, sports and school activities with her children as well as being active in her community. She and Evan found great joy in their children’s accomplishments. She loved to have family get-togethers with her children and grandchildren especially during the holidays. She loved being active in the outdoors and created the best home cooked meals from food she had grown and preserved from her incredible garden. She served in numerous church callings, including Young Women’s Mutual presidency, Relief Society President, temple worker in the Mt Timpanogos, Provo, and Vernal Temples, and many other positions. Alice and Evan served an LDS mission in Peoria, Illinois and loved the people in that area.
She is survived by her children, Gordon “Woody” (NaDean) Olsen, Kent Olsen, Bryce (Gayle)Olsen, Kathleen (Jeff) Mickelsen, Stewart (Sheril) Olsen, daughter-in-law, JoLyn Olsen Holladay, and numerous grandchildren, great-grandchildren and great-great grandchildren; siblings, Arvil Walker, Velma Frandsen, Donna Buchanan, Carol Carlson and Scott Todd.
She was preceded in death by her parents, spouse, Evan LaDell Olsen, son, Chris Todd Olsen, daughter-in-law, Kathleen Sixkiller Olsen, and siblings, Irwin Todd, Kendall and Kenneth Todd (twins), Donald Todd, Naomi Todd Bell, Marvin Todd, and Sherill Todd.
The family expresses our heartfelt appreciation to the folks at the Parkside Manor and the Senior Villa for the loving and committed care provided to Alice during her stay at each facility.
Funeral services will be held Saturday, December 15, 2018 at 11:00 a.m. at the Roosevelt 1st & 4th Ward Chapel.  Viewings will be held on Friday at the Hullinger Mortuary from 6 - 8 p.m. and Saturday at the church from 10:00 - 10:45 a.m.
Burial in the Neola Cemetery.

To order memorial trees or send flowers to the family in memory of Alice Olsen, please visit our flower store.