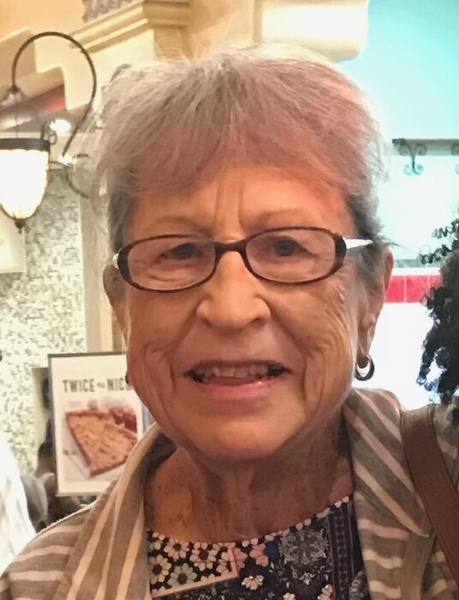 Agnes LaRue Prichard, age 83, of Roosevelt, passed away December 19, 2020, at her home surrounded by her family.
Agnes was born February 24, 1937 in Scofield, Utah, to John Patrick Duffy and Vera Agnes Newren. She grew up in Carbon County and graduated from Carbon High School in 1955. Following high school, she moved to Salt Lake City and attended Cosmetology school.  She married her high school sweetheart, Leon Kay Prichard, on September 28, 1957. While in Price they had four children, before moving to Roosevelt in 1973.
Agnes and Leon owned and operated Prichard Crane Service. Together they made a great team, with Leon operating the cranes, and Agnes running the office. She always kept herself busy, and her days were filled with not only raising her own kids, but the neighborhood kids as well. You could always find her cooking, cleaning, or following her passion for quilting. Quilting was a driving force in her life for the past 30 years, and she gained friendships from coast to coast from attending quilting workshops and classes.
Aggie was generous to anyone in need, but never sought to take credit or receive recognition for her deeds.
She was an active member of the Church of Jesus Christ of Latter-day Saints.
Agnes  is survived by her four children; Steven Prichard, Rock Springs WY, Scott Prichard, Taylorsville, UT, Diana (Lowell) Noomen, Rock Springs, WY, and Shelley (Ron) Winn, Roosevelt, UT; grandchildren, Brooke Prichard, Hayden Prichard, Carlee Prichard, Candice Jackson, Lance Noomen, Katie Noomen, Nicholas Winn, Kaylee Winn, Stephanie Winn, and great grandson Kacen Boyce.
She was preceded in death by her husband, Leon (November 18, 1986), parents John Patrick and Vera Duffy, and her brother John Leon Duffy.

Funeral services will be held on Wednesday,  December 23, 2020, at 10:00 a.m. at the Hullinger Mortuary with a visitation on Tuesday from 6-7 p.m. and on Wednesday from 9-9:45 a.m.
Burial will be in the Price Cemetery at 2:00 p.m.
Due to COVID-19, the services are for immediate family only, but the funeral service will be live-streamed here.  Masks are required for those attending.

To order memorial trees or send flowers to the family in memory of Agnes LaRue Prichard, please visit our flower store.