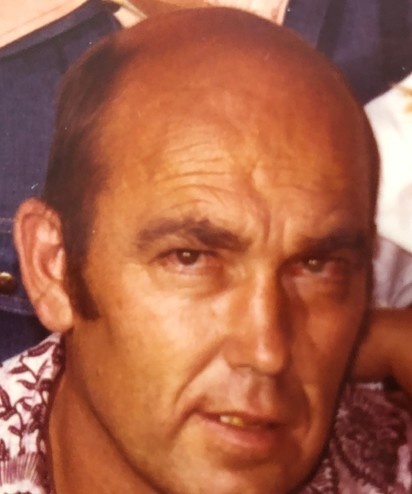 Our beloved father, grandpa, brother, uncle and friend Aaron Dwight Rasmussen, age 83, returned to his Heavenly Father on October 12, 2020.
Aaron was born June 23, 1937 to Telintha Timothy Rasmussen and Ollie Ephraim Rasmussen. He was the third of nine children. He married Ellen Thompson in October 1971. They had 2 daughters together and later divorced.
Aaron had a green thumb. He learned how to grow big watermelons and the very best cantaloupes in the short growing season of the Basin. He gave away more of his bounty than he ever ate. The two loves of Aaron's life were racing horses and playing poker. He’s been known to win a few games here and there.  There wasn't a person in the world that Aaron could not hold a conversation with.  He will be missed by many.
He is survived by his children, Leslie Freeman, Heber City, UT; Sheri (Kevin) Rasmussen-Jenkins, Vernal, UT; grandchildren, Mackenzie Freeman, Beau (Sacoya) Freeman,  Zachary Carleton, Quinton Jenkins, Jayme Jenkins, Jayden Jenkins, Brennan Jenkins, Caitlyn Jenkins, siblings, Norman (Nedra) Rasmussen, Upland, CA; Heber (Ruth) Rasmussen, Bountiful, UT; Sharan Bleyl, Phoenix, AZ; Carol (Ron) Huntzinger, Lindon, UT; Max Rasmussen, Ballard, UT, Lloyd Rasmussen, Conyers, GA; Joe (Becky) Rasmussen, Hesperia, CA; 1 great granddaughter with 1 more expected in January 2021, and numerous other relatives.
He was preceded in death by his niece, Terri Herget, nephew Brian Bleyl,  brother-in-law, Philip Bleyl, brother, Verden Rasmussen and his parents..
Funeral service will be held on Friday, October 16, 2020 at 11:00 a.m. at the Hullinger Mortuary.  A viewing will be held that morning from 10:00 - 10:45 a.m.
Burial in the Roosevelt Memorial Park with military honors presented by the Roosevelt American Legion, Utah National Guard and the Patriot Guard Riders.

The funeral will be live-streamed and it can be viewed at the link below.

To order memorial trees or send flowers to the family in memory of Aaron Dwight Rasmussen, please visit our flower store.