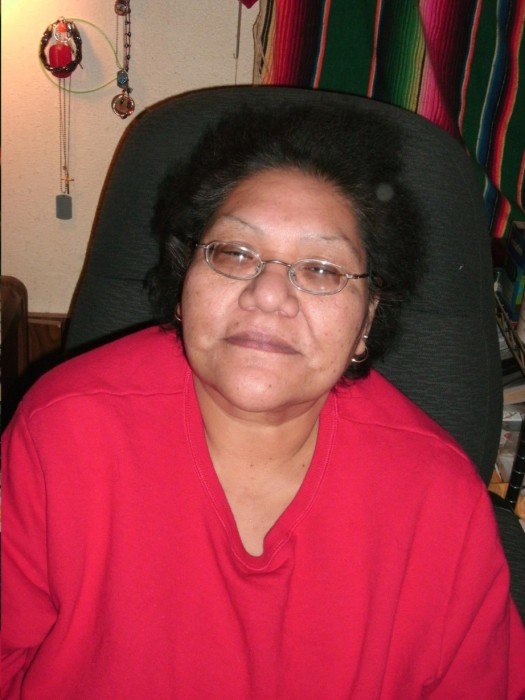 Evangaline Irene “Debbie” Cuch, age 62, of Whiterocks, died on March 31, 2020 in Ft. Duchesne.
Evangaline was born on February 27, 1958 in Roosevelt, Utah to Charles Cuch, Jr. and Betty Lee Atwine.  She married Jim Ross Atencio, he later died. She then married Frank Tomahawk, he later died.
Evangaline worked as a cook for the Ute Indian Tribe Headstart program.  She also worked at the Ute Tribe motor pool as a mechanic.  She later went to school and earned an associates degree.  She was a Sundancer.  She loved her children and family very much.  She was very humorous.
Evangaline is survived by her children, Ulyesses Cuch, Olivia Atencio, Joseph Atencio, David Atencio, Samantha Atencio, Veronica Atencio; Roxanne and Darwin Cuch, her niece and nephew that she raised; brother, Ira Cuch; sister, Iris Cuch Littlegeorge; aunties, Lorena Atwine and Ina Jane Nephi, and many other relatives.
She is preceded in death by her parents, her husband, siblings, Irwin, Charlene, and Darwin Cuch, Emily Atwine, and Nellie Cuch.
A graveside service will be held on Saturday, April 4, 2020 at 1:00 PM at the John-Harmes Cemetery.
A wake will be held at Roxanne’s home in the Richardson Subdivision (right behind Ute Lanes) on Thursday after 4:00 PM

To order memorial trees or send flowers to the family in memory of Evangaline âDebbieâ Atencio Tomahawk, please visit our flower store.